The purposes for which this public association, the Missionaries of Saint John the Baptist (MSJB), is formed:

(1) To work toward the establishment of a new religious Institute of Diocesan Right within the Diocese of Covington, Kentucky under the authority of the Bishop of said diocese;

(2) To establish a community in view of (1) in which common religious life is lived in a more disciplined and traditional way including the celebration of the liturgy according to the usus antiquior of the Roman Rite, with the liturgical books of 1962 being normative. The Missionaries of St. John the Baptist desire to be faithful to the observance of the liturgical traditions according to the dispositions of the motu proprio, Ecclesia Dei Adflicta, issued on July 2, 1988, as well as the motu proprio, Summorum Pontificum (cf. art. 3), issued on July 7, 2007, and promulgated on September 14, 2007.

Official Decree establishing the MSJB as a Public Association of the Faithful
MSJB Decree of Erection.pdf
Adobe Acrobat document [1.4 MB] 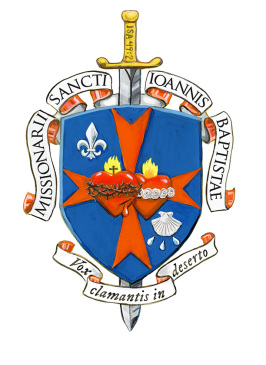 Explanation of Our Shield 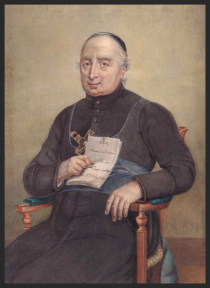 This public association of the faithful, officially recognized as the Missionaries of Saint John the Baptist (MSJB), stems from the spiritual legacy of the Congregation of the Priests of Mercy, which was originally founded at Lyon, France, in 1808, by the Very Reverend, Jean Baptiste Rauzan, a zealous priest of Bordeaux. Fr. Rauzan noted that after the great upheaval which the Church suffered in France during the Revolution, the clergy and people sought from heaven extraordinary ways to foster the salvation of souls. Many ways were employed to revitalize the faith. A congregation of missionaries was desired which would be at the call of their excellencies, the bishops. Consequently, Archbishop Joseph Cardianal Fesch, requested that Fr. Rauzan found such a missionary society first at Lyons under the Empire in 1808, and organized at Paris during the first days of the Restoration in 1814. These first Missionaries of France received, without difficulty, the privileges of a legally constituted society.

On February 18, 1834, Pope Gregory XVI, of holy memory, established and erected this little band of missionaries as a pontifical society under the title of the Priests of Mercy of the Immaculate Conception of the Blessed Virgin Mary. By 1961, the Holy See fulfilled the long held desire of Fr. Rauzan by further elevating the institute to a full religious congregation with the members adding the public vow of poverty to that of chastity and obedience.

In the aftermath of the Second Vatican Council, mitigations in religious discipline and liturgical revisions were observed in many institutes that caused some religious to seek restoration. Two members of the Congregation of the Priests of Mercy, inspired by various papal documents and exhortations calling for reform, sought permission to establish a new institute that would not only embrace a more rigorous consecrated life, but would also employ all the Sacraments according to their usus antiquior. The superior and the council of the congregation, as well as the Bishop of Covington, Kentucky, Roger J. Foys, agreed to this new foundation.

The Missionaries of Saint John the Baptist seek to maintain the spiritual and liturgical patrimony left to them by Fr. Jean Baptiste Rauzan, including making use of much of his original rule. The same revolutionary errors he confronted and corrected are now fully entrenched in the modern world. Like the great Precursor of our Lord, therefore, we, too, are a voice crying in the wilderness, preparing the way of the Lord and making straight His paths (Isaias 40:30), so that all things may be restored in Christ the King. Such counter-revolutionary work within ourselves, within our community, within the membership of Holy Church, and within society in general, however, is tempered by modern man's need for the Mercy of God. Since our dearest Lord came not to condemn the world but to save the world (John 12:47), we look to imitate the methods of the greatest of Prophets and Fr. Rauzan who were sent to turn the heart of the fathers to their children and the heart of the children to their fathers: lest (God) come and strike the earth with anathema (Malachias 4:6). 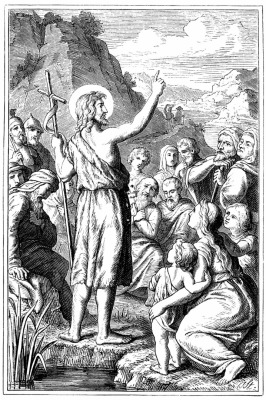 Help the Fathers build something beautiful for Our Lord and His Mother.

Although it is best to use a check, we do accept donations through paypal...

The Missionaries are now able to accept donation of stocks. Please contact Frederick Doll of Edward Jones to arrange the DTC gifting instructions.